We are happy to present the following interview with Dutch author Bo Balder, whose short story “A House of Her Own” (published in Escape Pod in 2017, originally published in Fantasy & Science Fiction in September 2015) we recently praised here in EUtopias and Other Futures.

Bo lives and works in Utrecht, the Netherlands -- see her own intro here.

She talked to us about some of the challenges of publishing in English, fellow European authors to recommend, and the themes in the story mentioned above.

Q: As far as I'm aware, you are not only the first but the only Dutch author to have been published in Clarkesworld. I found this surprising, in a way. Which small European country, if not the Netherlands, would have an internationally visible sf scene...? Is this primarily indication of the difficulty of the obstacle course leading to publishing in English?

A: That's hard to answer without tooting my own horn. We do have a few authors publishing in English venues, but our sf scene is far smaller than our fantasy scene, so there's even less chance of someone being good enough to rise to the top of the enormous English speaking sf world. Apart from the obstacles Anglophone writers face, as a Dutch author you just have to be able to write very good English for a serious venue to publish you. That is a huge obstacle. Having your Dutch work translated on a long shot is simply too expensive.

Q: Are there other European writers or SF writers you would like to recommend for the attention of European Science Fiction fans?

A: I'm a fan of Paul Evanby, a Dutch writer who has had stories in Lightspeed and more. I don't think his Steampunk novels have been translated, but they should be. I love Thomas Olde Heuvelt's short stories. Other European writers I like are Aliette de Bodard and Hannu Rajaniemi.

Q: Science Fiction somehow naturally inspires us to think in world (or even cosmic) terms. Yet national SF literatures show visible differences in terms of agendas, dominant themes, underlying historical assumptions, and so on. Is there something you bring to the genre that you think of specifically as a Dutch heritage of sorts?

A: You ask very hard questions. I assume I must have something uniquely Dutch, as I can see that other authors from non-US backgrounds bring something unique, but for the life of me I couldn't tell what. I have talked about this with other Dutch authors, and we've guessed at a more nuanced worldview, less inclined to think in terms of good or bad, less fondness for “heroes”. But really this is an opinion that should come from someone besides the Dutch authors themselves.

Q: When I was reading "A House of Her Own," in a sense the apropos for this conversation, the relativity of cultures, ways of life and social values struck me as a strong theme of the story. Was this a central interest of yours when writing it?

A: Yes, I wanted to portray two sides as it were, where nobody is evil and everybody has good intentions, yet they are still incapable of understanding each other well enough to come to an agreement. This goes for the tax people as well as the people who live with the houses, but you could also apply it to the gap between the understanding of a child and an adult.

A: I'm afraid I'm very skeptical about international aid and other interventions of that kind. No matter the good intentions of the Western world, nothing good has come of these that I can see…

Q: As the saying goes, about the road to hell and good intentions… On a different note: Without quite striving for this as US authors often spectacularly do, with trilogies and even triple trilogies in mind, the story accomplishes some actual world-building that might as well leave the possibility to continue it, or set other stories in this world, open. Do you have plans regarding this? Either a book, or other short stories perhaps?

A: I am building a loosely interconnected future with each of my stories, and the space opera I'm currently outlining. Who knows, some day they might all end up as part of a larger story.

Q: If I may advocate for a particular kind of story, I, for one, would certainly love to read more about the iwah, and how they lived together with the hice before the humans of A House of Her Own came along…

A: I have future plans for that particular story, but I'm not sure it will involve the iwah -- who knows though! 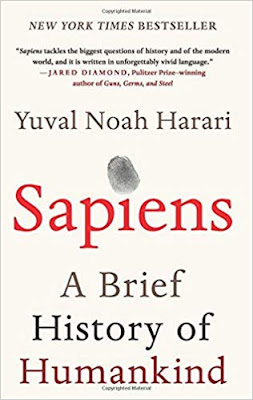 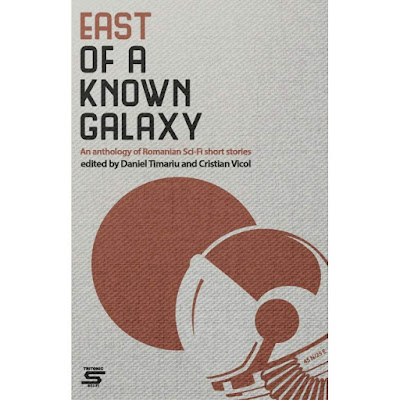 By Péter MARTON ** Join the  European Science Fiction group  on Facebook for related discussions. ** Review of "East of a Known Galaxy" – An Anthology of Romanian Sci-Fi Short Stories , edited by Daniel Timariu and Cristian Vicol. București (Bucharest): Tritonic, 2019. Get ready for a journey... into the unknown. A journey into the known is a semantic paradox, of course. You can only journey into the unknown. The long-established greats of sci-fi can certainly take you on such a journey and, if you're a fan, no doubt many a great English-language work has already done that for you. But — exactly in the same vein as this blogzine's introduction did back in the day — the editors of this anthology of Romanian sci-fi challenge you to read what people from very different cultural, social, political and historical circumstances might tell you in the framework of your beloved genre. No one should be so naive as to think that one only finds talent for sci-fi (
Read more